At the heart of the Camino de Santiago 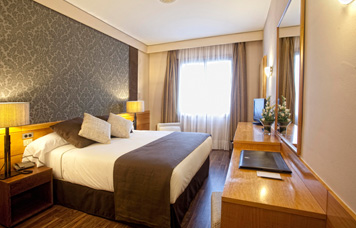 Enjoy a modern hotel. All rooms are exterior. 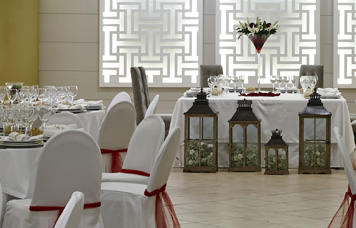 Fully equipped rooms. With different assemblies for meetings and banquets. 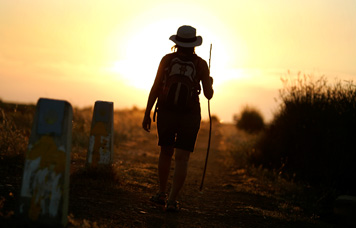 Sarria is the minimum starting point needed to go through the last hundred kilometers of the French Camino de Santiago and in that way, winning the Compostela. It is, by far, the town in which the largest number of pilgrims begin the route, to walk just 4-5 days.

The best cuisine in the hotel restaurant "A Ponte Ribeira".

Meetings, celebrations, conferences and banquets in our rooms.

Free Wi-Fi connection throughout the hotel.

Private parking with direct payment at the hotel and bicycle storage room.

At the heart of the Camino de Santiago
Consulting offers 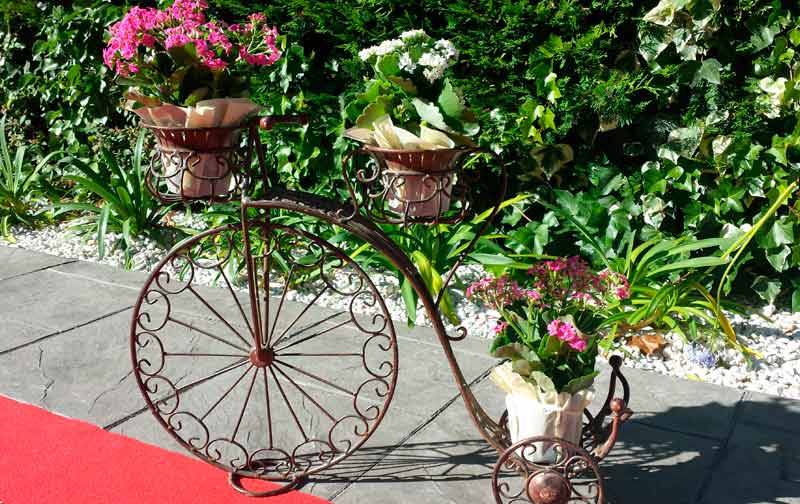 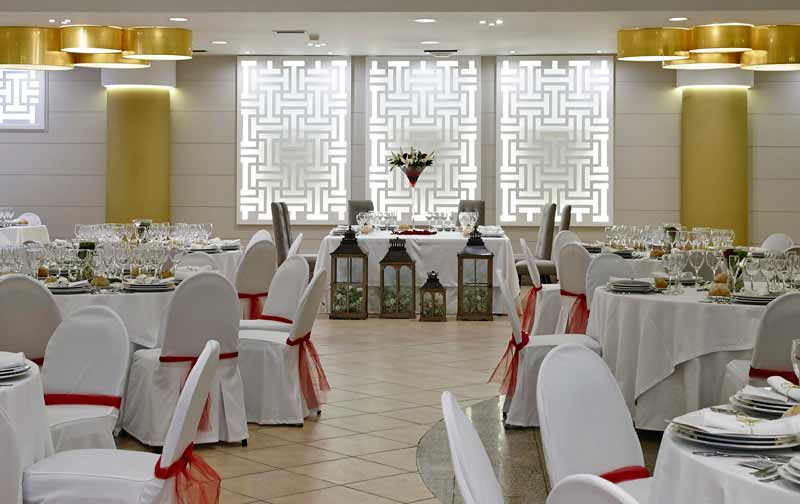 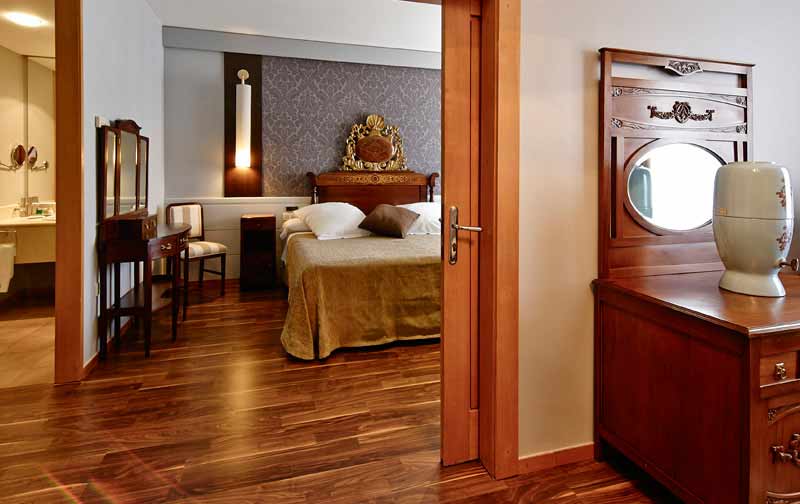 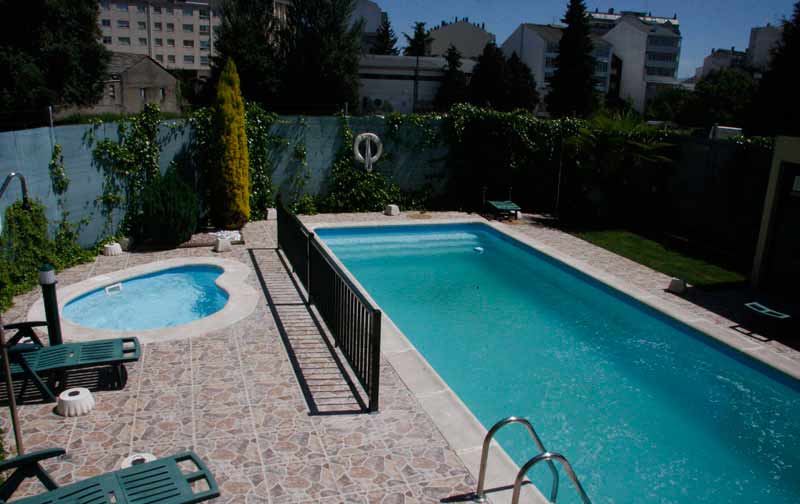 It is a lovely hotel. The spacious rooms and super comfortable beds, after a day of walking is appreciated. Another thing to note is how attentive the staff is and how well they behave with customers... María, Jaén

A comfortable break on the road. Of course it's a convenient and comfortable hotel ... Spoiledsuitcase, San Lorenzo del Escorial

Very good accommodation and the best care ... Despite our delayed arrival, they had been waiting to serve us dinner and always with exquisite kindness...... Jesús, Islas Canarias

We stayed the first night before starting the Way and the truth is that we could not choose better! Andrea G

Sarria is a town in the province of Lugo (Spain) located 31 km south of the provincial capital along the C-453 road, with a population of about 13,350 inhabitants.

Sarria is within Galicia. It is a green territory, with valleys and mountains, pastures and villages that make up this rural area crossed by the French Way, the busiest pilgrimage route. Sarria is noted for its cuisine, its heritage and its trade.

The town of Sarria acts as a fairly large district capital area and bringing together more than 20,000 inhabitants, which offers many services. It stands as a center, especially agricultural economic activity, with cattle markets on 6th, 20th and 27th of each month. This has meant that farm incomes are high and also the consumption capacity.

Thus, commercial activity in Sarria is just remarkable, becoming one of the most dynamic towns in Galicia. This has been joined by the Jacobean phenomenon, with thousands of pilgrims going through this ancient route each year.

Sarria is the minimum starting point necessary to achieve the Compostela, an acknowledged "title" given by the Cathedral of Santiago to those who went through the last hundred kilometers on foot or horseback (or 200 km on bicycle) of the Camino de Santiago. It is the town where a greater number of pilgrims start the course (58 554 in 2014, 24.62%); but also 103 439 walkers who started in previous locations have passed through this town.

For this reason, and because the bus and rail communications, Sarria has become the capital core of Camino de Santiago. In the shadow of this cultural phenomenon has grown an important hospitality industry, with lodges, bars and restaurants that serve pilgrims and visitors. This tourism growth has transcended beyond the local economy to the point that is increasingly important in the regional GDP.

Another thing which historically Sarria is highlighted is for the timber industry. Numerous companies in the furniture sector have manufactured and sold to all Galicia during the last decades, but in recent years are the antiques the ones that have taken more importance. There were several antique dealers and restorers who organized the I Feira de San Lazaro, back in 1996, which helped the growth of this group. Today, almost twenty years later, the show is still standing and Sarria is the epicenter of the antiques in Galicia.

Sarria’s environment is characterized by the luxuriance of its forests. The green color associated with trees and pastures is visible in the valleys and mountains nearby. The rivers flowing through this area complement the rural landscape of the region. These characteristics are the basis for the development of activities such as hiking, golfing or fishing.

Aceas das Route is a hiking trail of 5 km that starts from the village and borders the Sarria river environment, upstream. It’s a gentle flow of several kilometers, with small ups and downs, but incredible views. Waterfalls, animals and other people will be your fellow walkers.

In Sarria you can also play golf. The golf course El Pilar is a 9 hole course and is less than two kilometers from the Alfonso IX hotel. Ideal for a pleasant spring and summer afternoon.

Finally, one of the most practiced activities in the area is fishing. The Sarria river is its main focus and Preserve Frollais -bounded in 11.40 km- is intended for trout fishing.

Reserve your room here at the best price